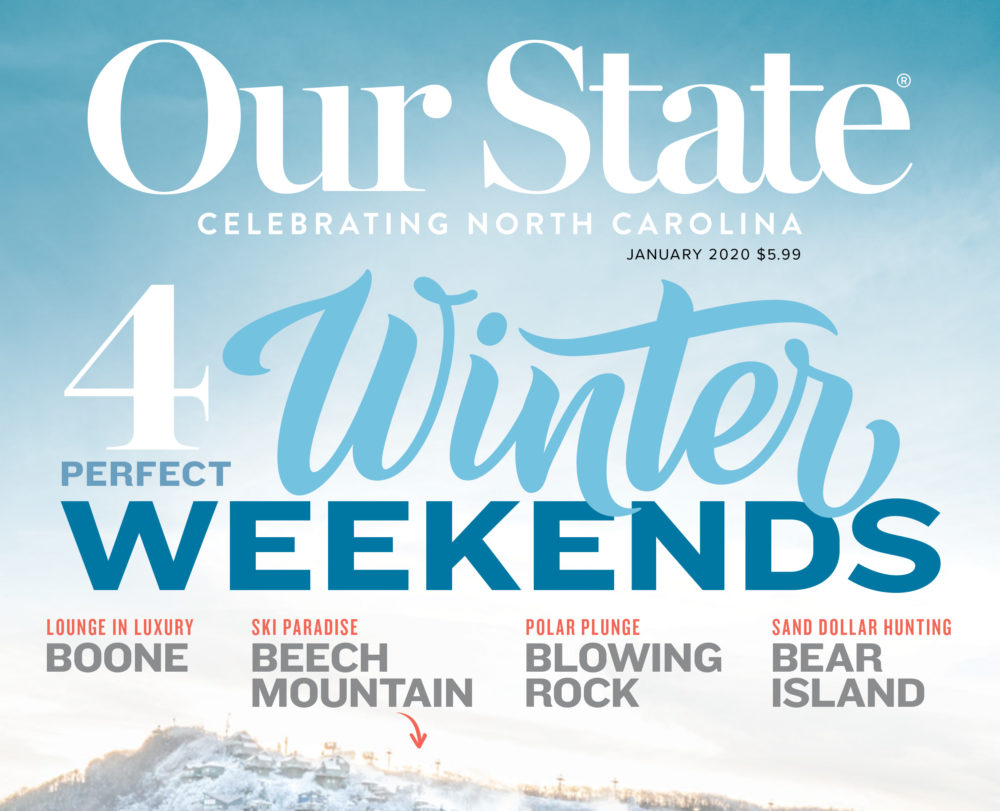 Blowing Rock WinterFest is honored to be featured in the January 2020 issue of Our State as part of their Winter Getaways issue. Read all about it:

Warm your belly and please your senses with these signature comfort foods from our Blowing Rock area restaurants. 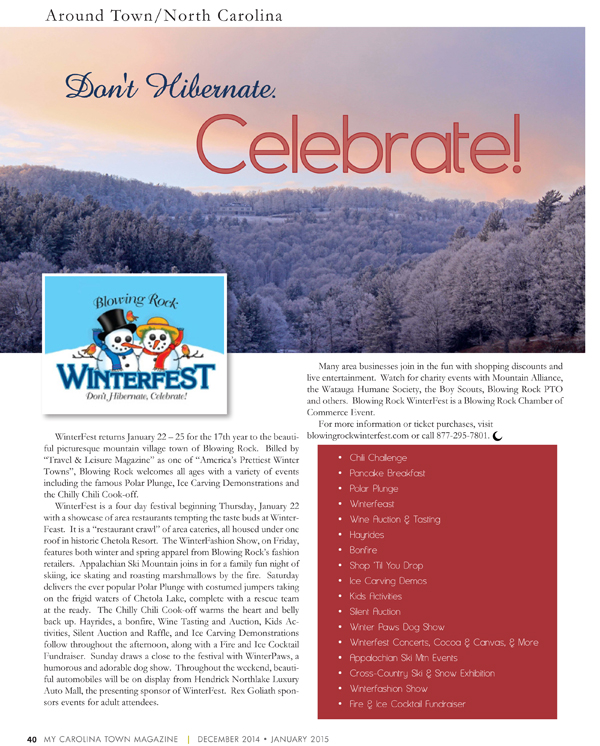 Click here to read the article about WinterFest in My Carolina Town Magazine in their December 2014/January 2015 magazine. The article features a beautiful picture of Moses Cone Manor as well as our brand new logo!